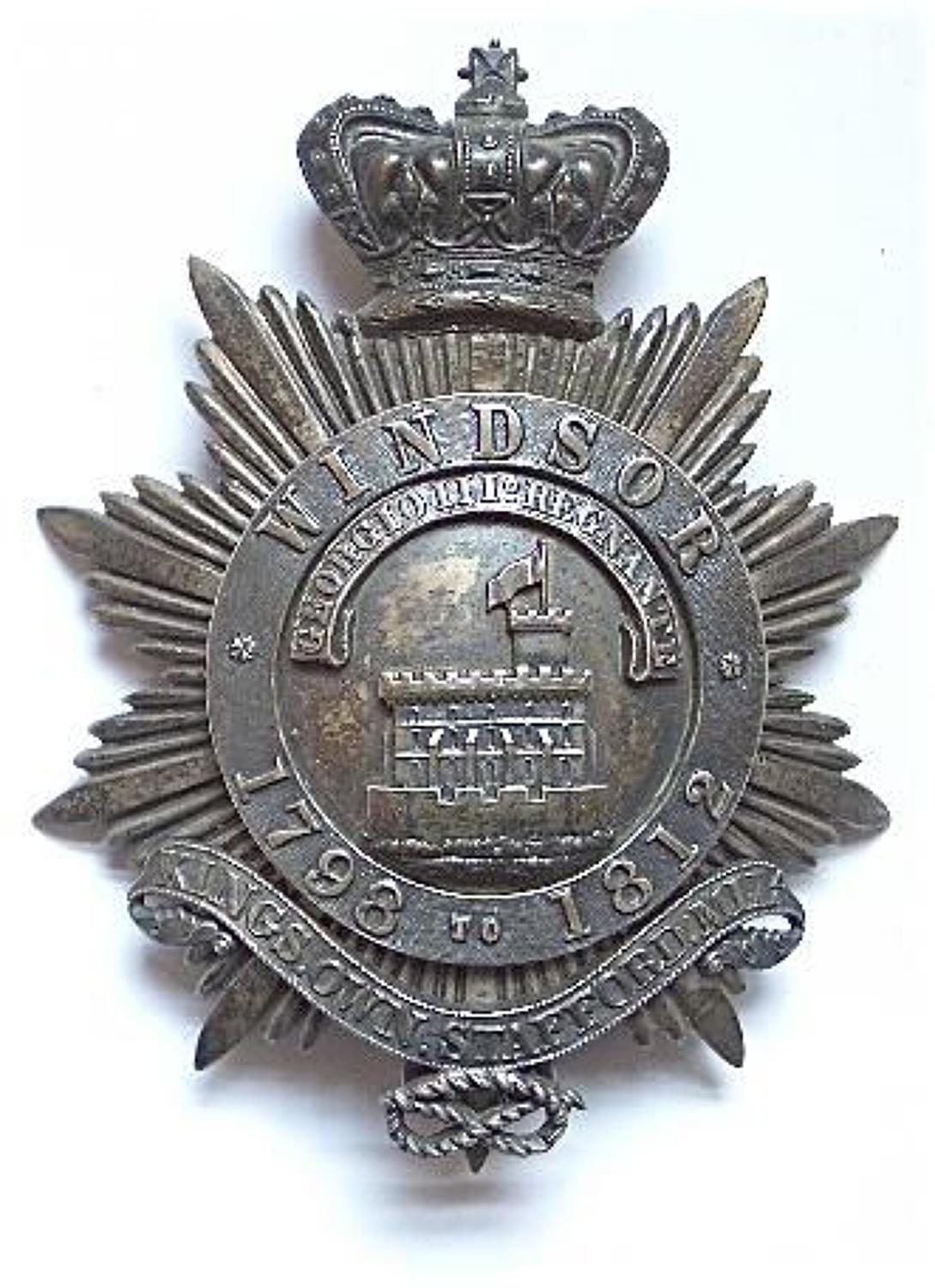 A fine rare silvered example on two horizontal loops. Ten pointed star, the topmost point displaced by a crown. Mounted on the star, a circlet inscribed "Windsor 1798 to 1812"; within the circlet, Windsor Castle with scroll above inscribed "Georgio III Regnante". Beneath the circlet, a scroll inscribed "Kings own Stafford Milï" with Stafford knot below resting on the lowest point of the star. Toned otherwise excellent Raised 1776. Became 3rd Bn. South Staffordshire Regiment on Friday 1st July, 1881. 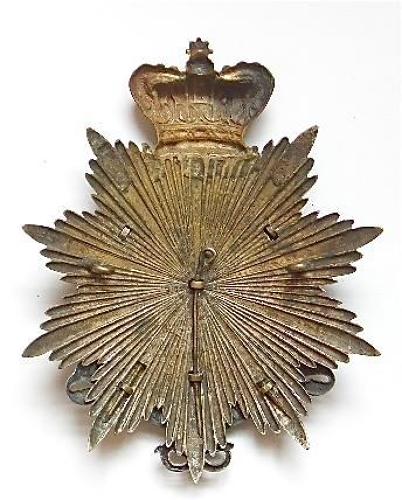