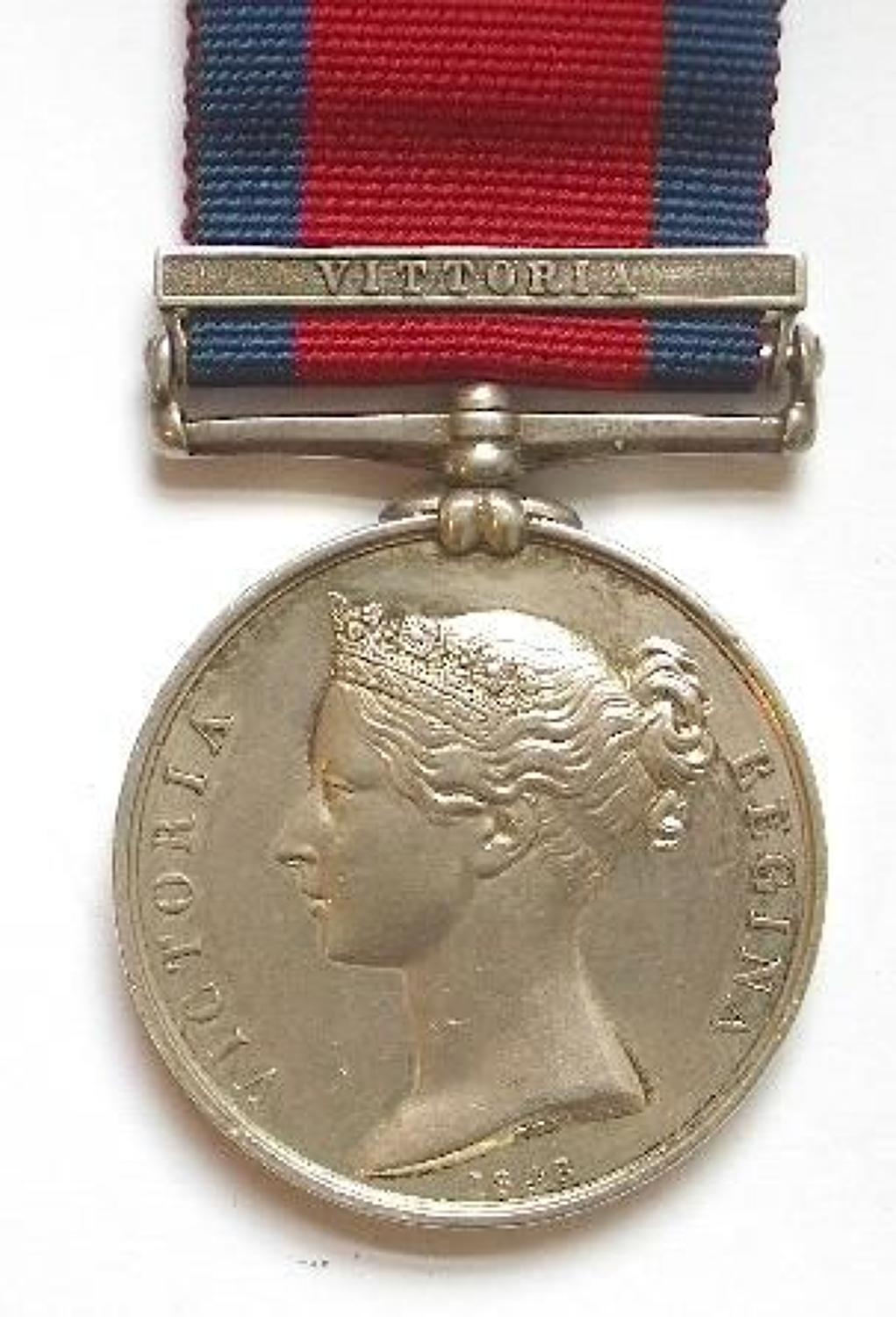 A good scarce example awarded to "D. Potter, 2nd Life Guards" with clasp "Vittoria". Lacquered, some edge knocks, generally good condition. David Potter is confirmed on the MGS roll which states this medal was sold by Sotheby's in February, 1912 and Bosleys in June 2003. 62 members of the 2nd Life Guards who fought at the battle on 21st June 1813 qualified for the clasp "Vittoria" 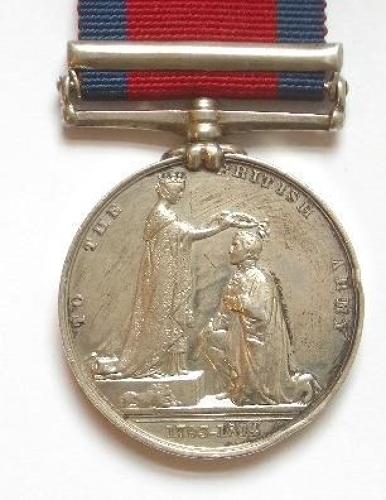