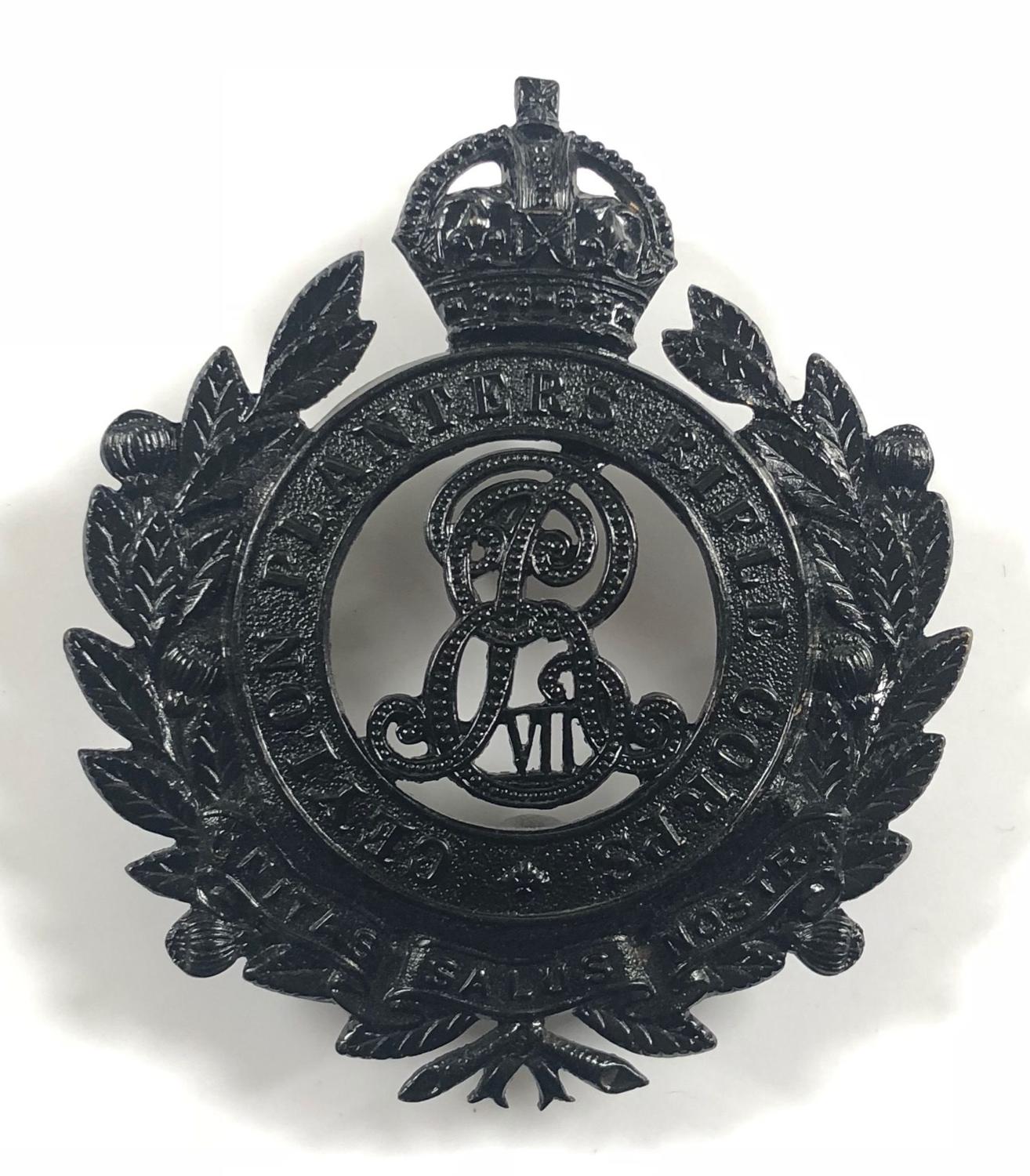 A good scarce blackened brass example. Crowned title  circlet resting in tea sprays and bearing scroll "UNITAS SALUS NOSTRA"; EVIIR cypher to voided centre.  Two loops to reverse.
Raised in 1901 as an Infantry battalion with eight companies under the command of Colonel R.N. Farquharson, a retired Naval Captain. Saw service in the Boer War about which General Kitchener said “The Ceylon Contingent did very good work in South Africa I only wish we had more of them.” 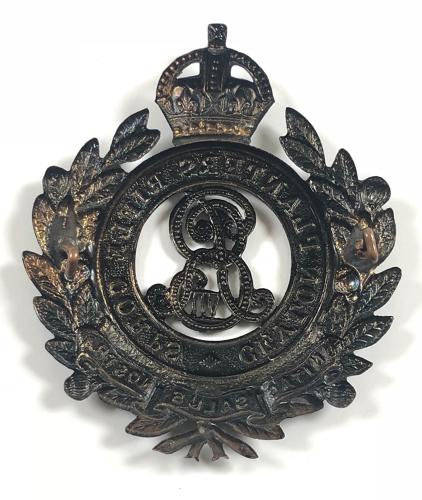