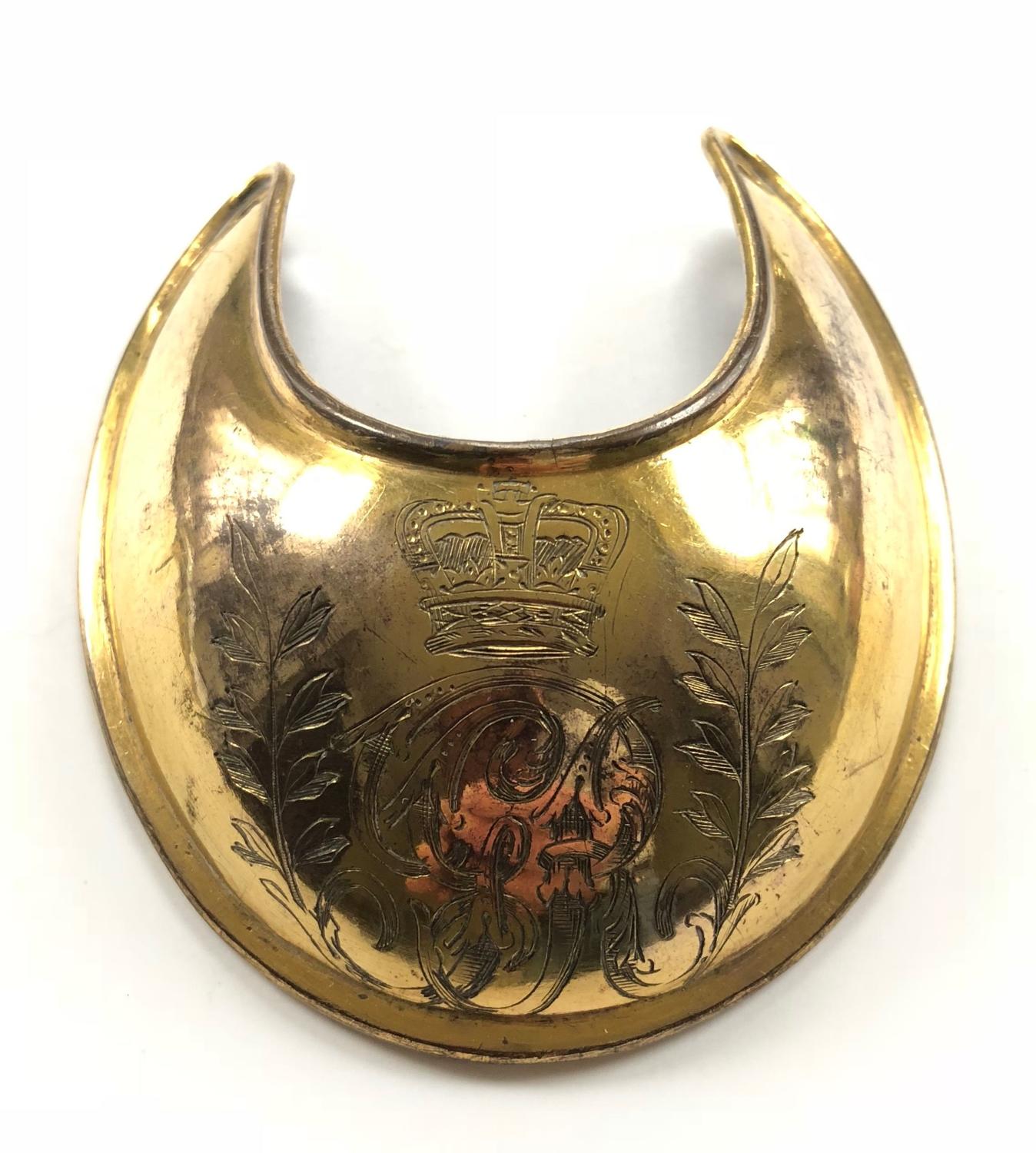 A fine copper gilt example of the pattern worn at Waterloo, the rim of the crescent formed over a wire frame. The centre part finely engraved with a crowned GR cypher and attendant laurel sprays.
Pattern introduced in May 1796. The gorget was abolished by William IV in August 1830 but permitted to be worn by Officers at home up to Christmas 1831 and up to 1832 by those abroad. 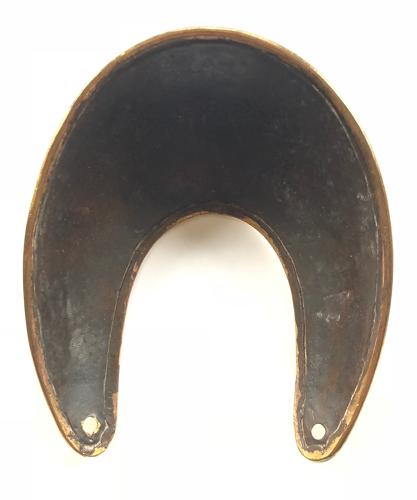