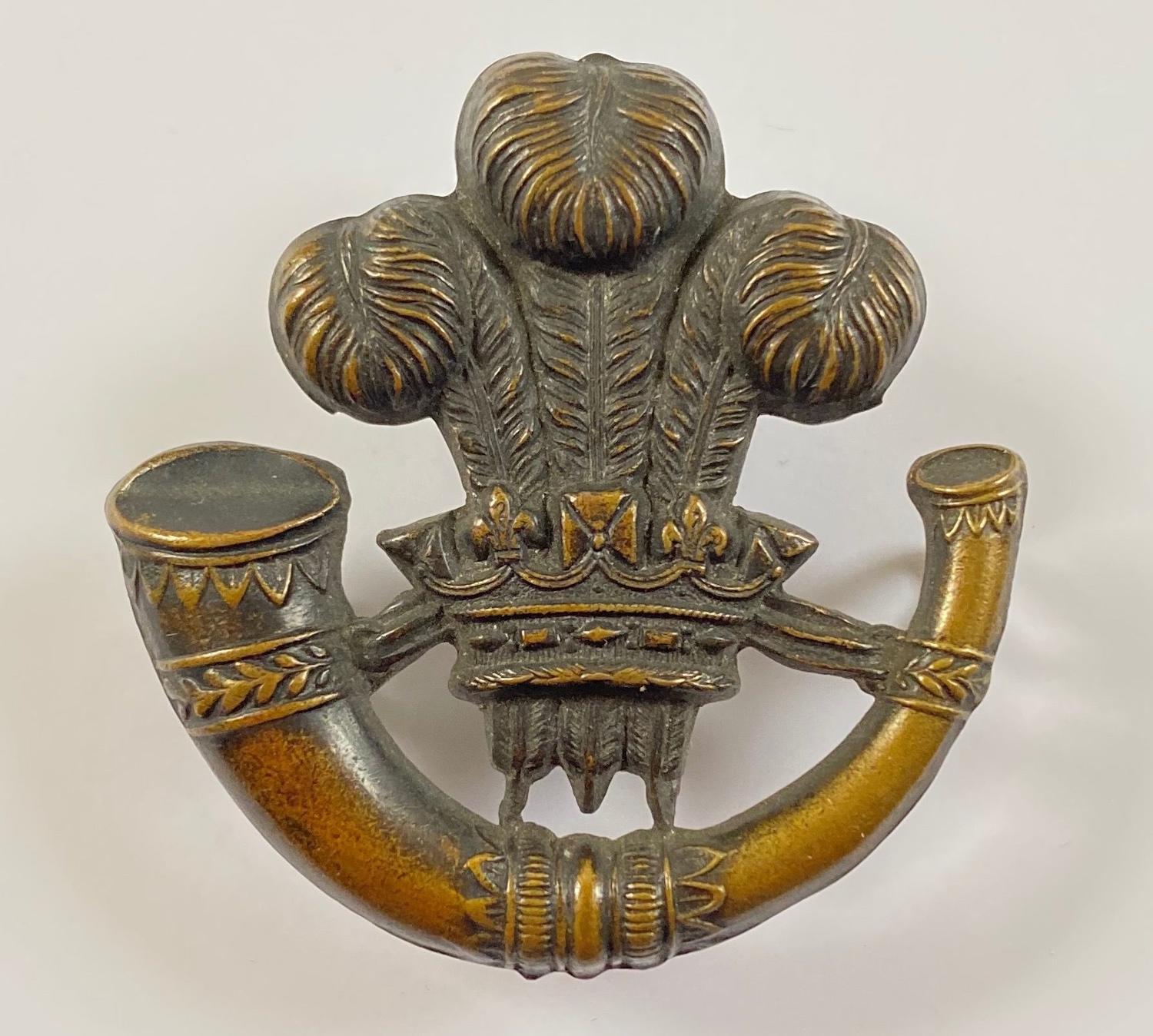 Fine rare die-stamped blackened brass example circa 1874-81 on loops . Prince of Wales’s plumes lodged in a strung bugle.
Raised in 1793 at Newtown Forbes as Prince of Wales' Royal Longford Militia; redesignated Rifles in 1854 and as Light Infantry in 1855; became 6th Bn. Rifle Brigade 1.7.1881 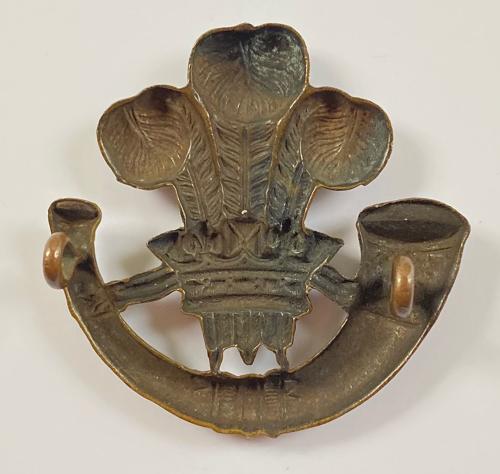