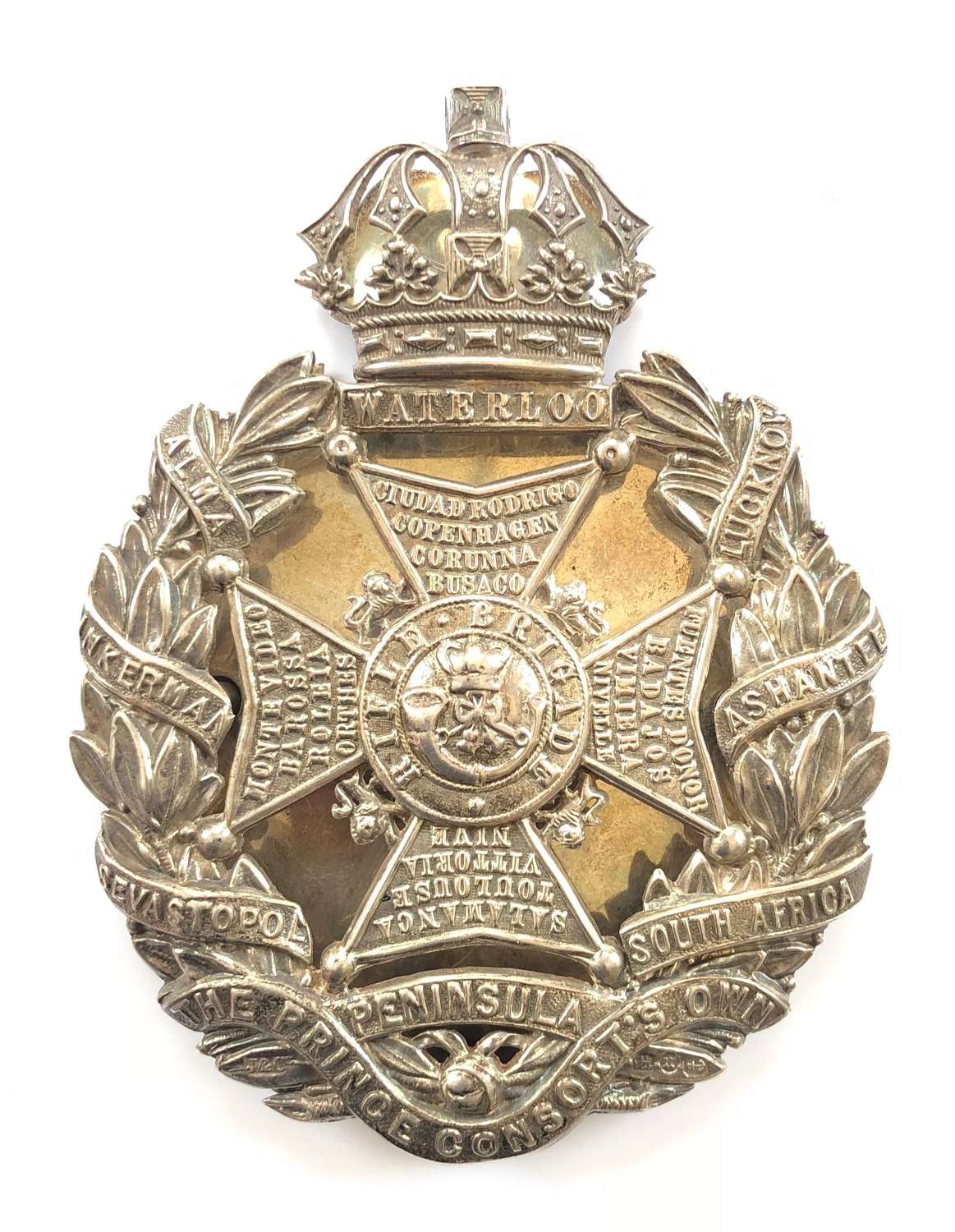 A fine die-stamped example by J & Co (Jennens) bearing Birmingham hallmarks. Within a laurel wreath surmounted by a Guelphic crown resting on a tablet inscribed “Waterloo”, a Maltese cross with lions between the arms and ball finials to the tips. To the centre, within a circlet inscribed “Rifle Brigade”, a Victorian crowned strung bugle. The arms of the cross bear numerous honours of the Regiment, the wreath bears a further six honours. Between the bottom arm of the cross and the wreath, a scroll inscribed “Peninsula”; across the base of the wreath, a scroll inscribed “The Prince Consort’s Own”. Four screw posts to reverse and complete with original backing plate. 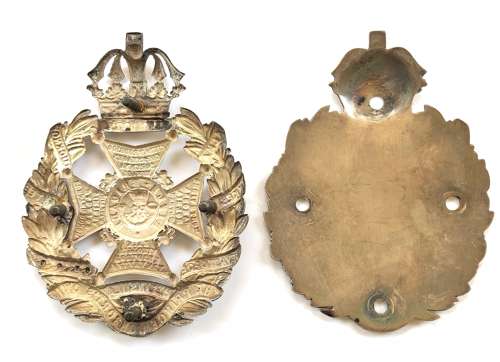 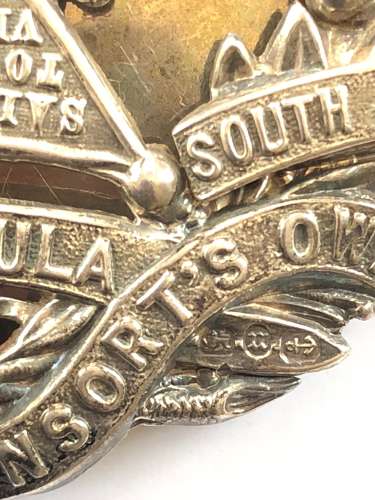