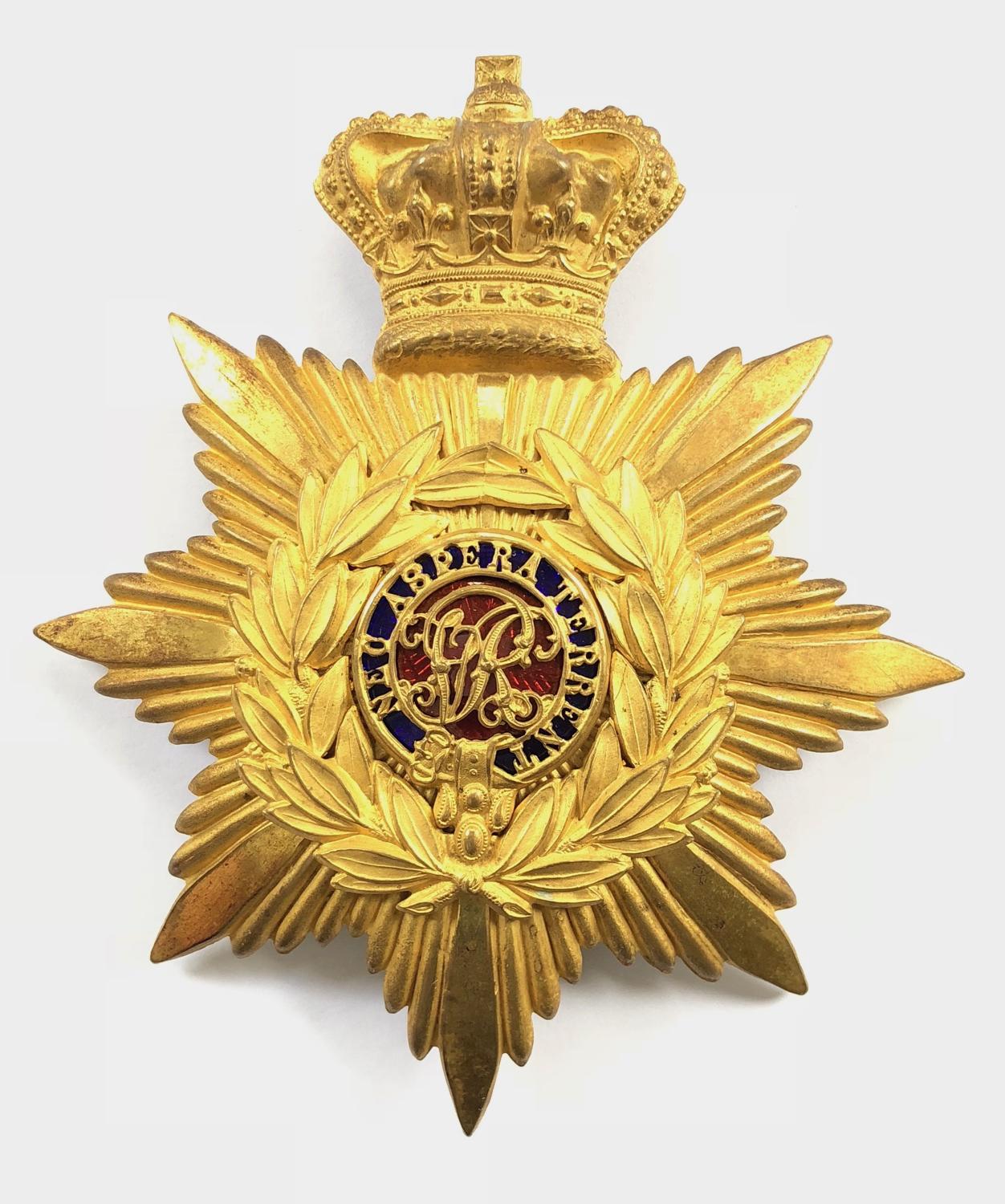 A fine gilt Victorian post 1878 example. Crowned star mounted with full laurel wreath and pierced strap “NEC ASPERA TERRENT” on a blue enamel ground; “VR” cypher to centre set on red translucent ground. Three loops to reverse.
The Royal Military College was founded in 1802 at Remnantz, Great Marlow by the visionary cavalry officer, John Gaspard Le Marchant (1766-1812) for which, in 1804, he received the personal thanks from George III  who said “The country is greatly indebted to you”. In 1795, in collaboration with the Birmingham sword cutler Henry Osborn, he had designed a new cavalry sabre (1796 pattern), which was adopted for the light cavalry and much feared by the French. In 1796 he produced the much celebrated “The Rules and Regulations of the Sword Exercise of the Cavalry” which was instantly adopted by the British Army as its official manual. Le Marchant was later promoted Major-General and tragically killed leading the perfect cavalry charge at Salamanca. In 1812, the College moved to its present home at Sandhurst. 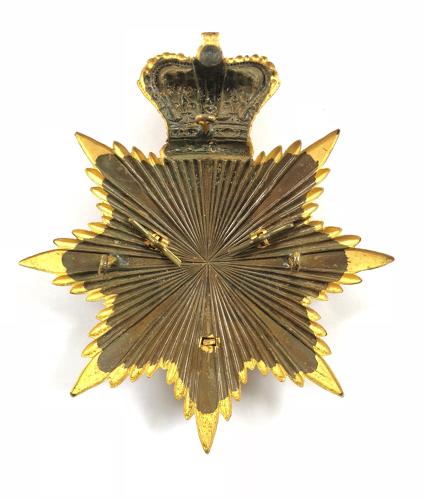