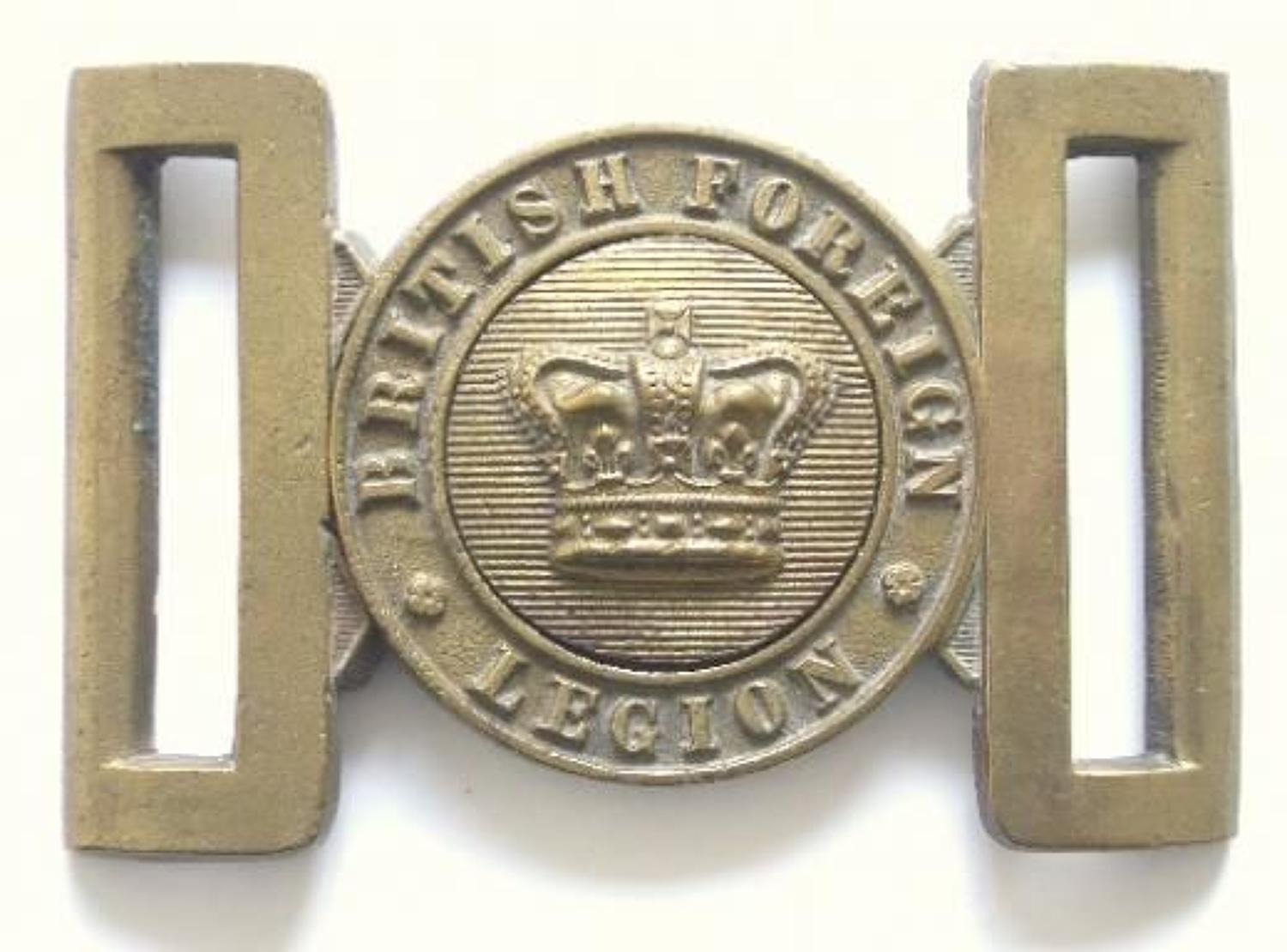 A very fine and exceedingly rare die-cast brass interlocking example. Circlet inscribed “BRITISH FOREIGN LEGION”; lined centre bearing crown; plain belt loops
The first commission to this unit was on 29th April 1855. Following the 1854 Enlistment of Foreigners Act a British German Legion, British Swiss Legion and a British Italian Legion were formed and for a short period known as the British Foreign Legion. All were disbanded at the end of the war in 1856.