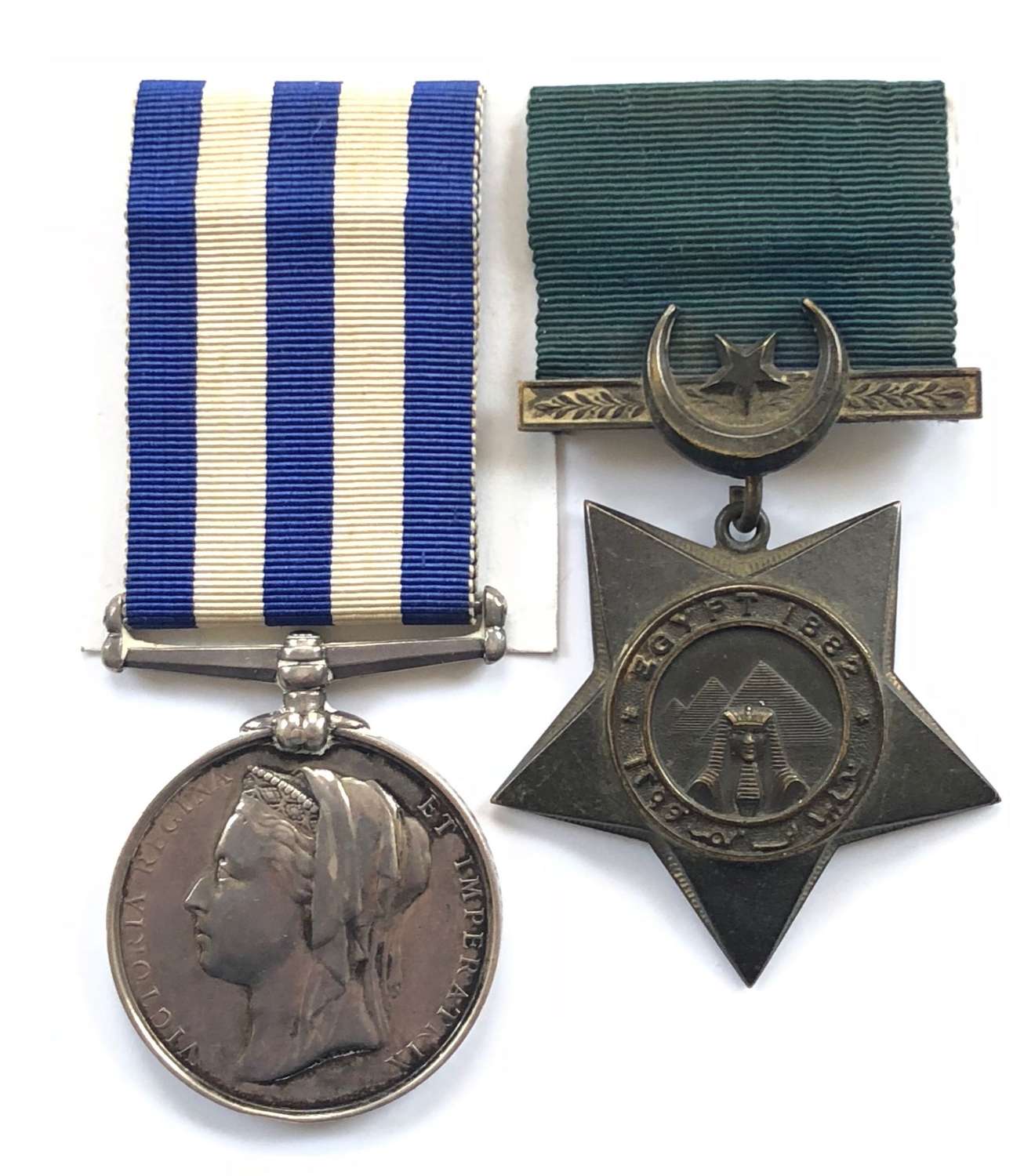 Awarded to “Navg Lieut J. Henderson HMS Seahorse” Comprising: Egypt 1882 Medal, Khedive’s 1882 Star. Medals loose
Navigating Officer Commander James Henderson was appointed to HMS Seahorse a steel twin screw special service steamer of 670 Tons on her commissioning at Portsmouth in January 1881. He remained with her until he was promoted and posted to HMS Sultan in 1884. He later served as a Navigating Instructor, before retiring from the service. The 1915 Royal Navy Who's Who shows him as a retired Officer and indicates this pair as his full medal  entitlement  HMS Seahorse received 63 medals. 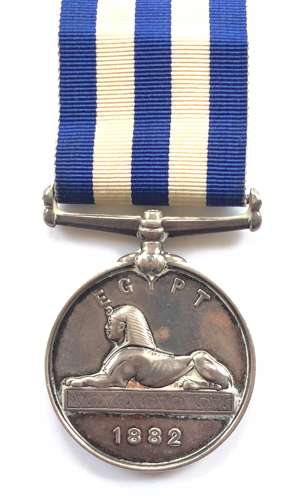