This hand coloured ambrotype photograph depicts a young Officer half length wearing a scarlet 1856 pattern tunic with white facings and rank to the collar. To his hand he holds the hilt of an 1822 pattern infantry sword and to the table at his side his shako. Colours remain good. The photograph is contained in the original leather and velvet lined case. The exterior with the photographer details of Mr Killburn of 222 Regent Street who was by Appointment to the Royal Family.

Mr William Edward Kilburn was the favorite photographer of Queen Victoria and she would allow her photograph to be taken six times a year. He opened his studio at 222 Regent Street on the 9th February 1847. 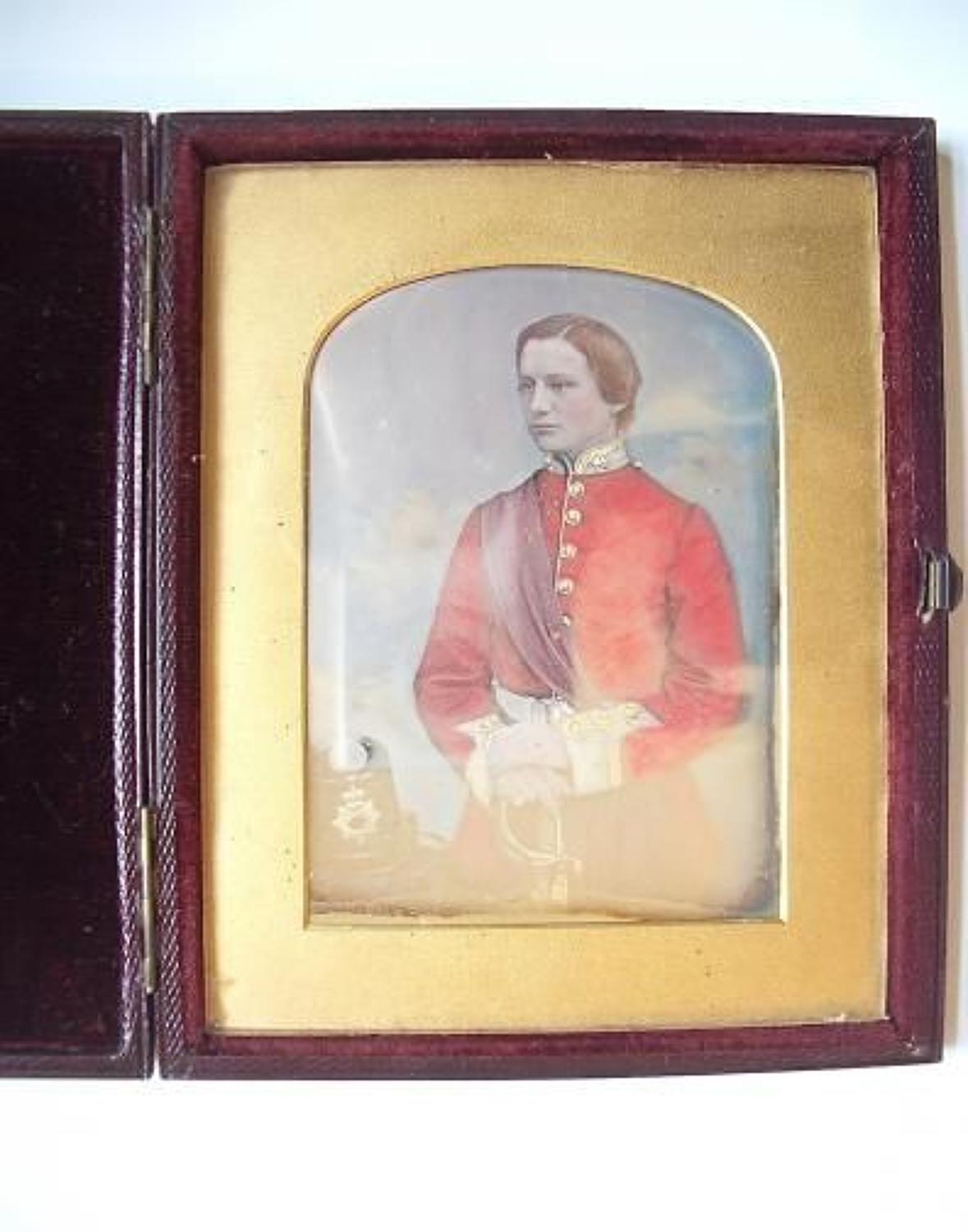 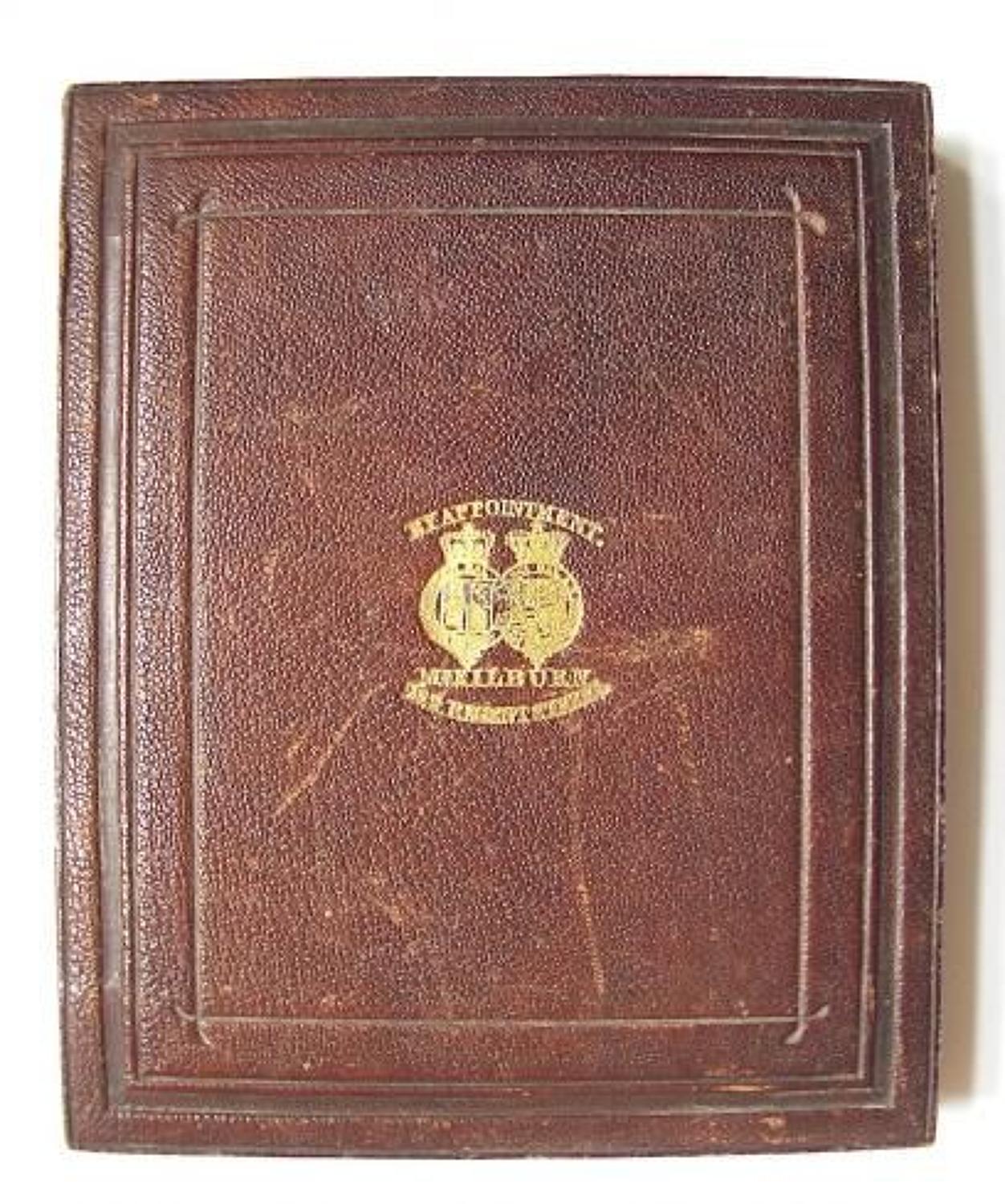