A fine and scarce example issued to Petty Officers who were present at the Great Victory on 1st August 1798. The obverse depicts the figure of peace caressing a shield embossed with a portrait of Lord Nelson. The reverse is decorated with a scene of the British Fleet at Aboukir Bay. The edge bears an inscription from Alexander Davison. Top rim bears evidence of suspender, otherwise generally VGC Gilt remains very bright to both sides. The photograph of the obverse shows true colour to gilt on both sides. 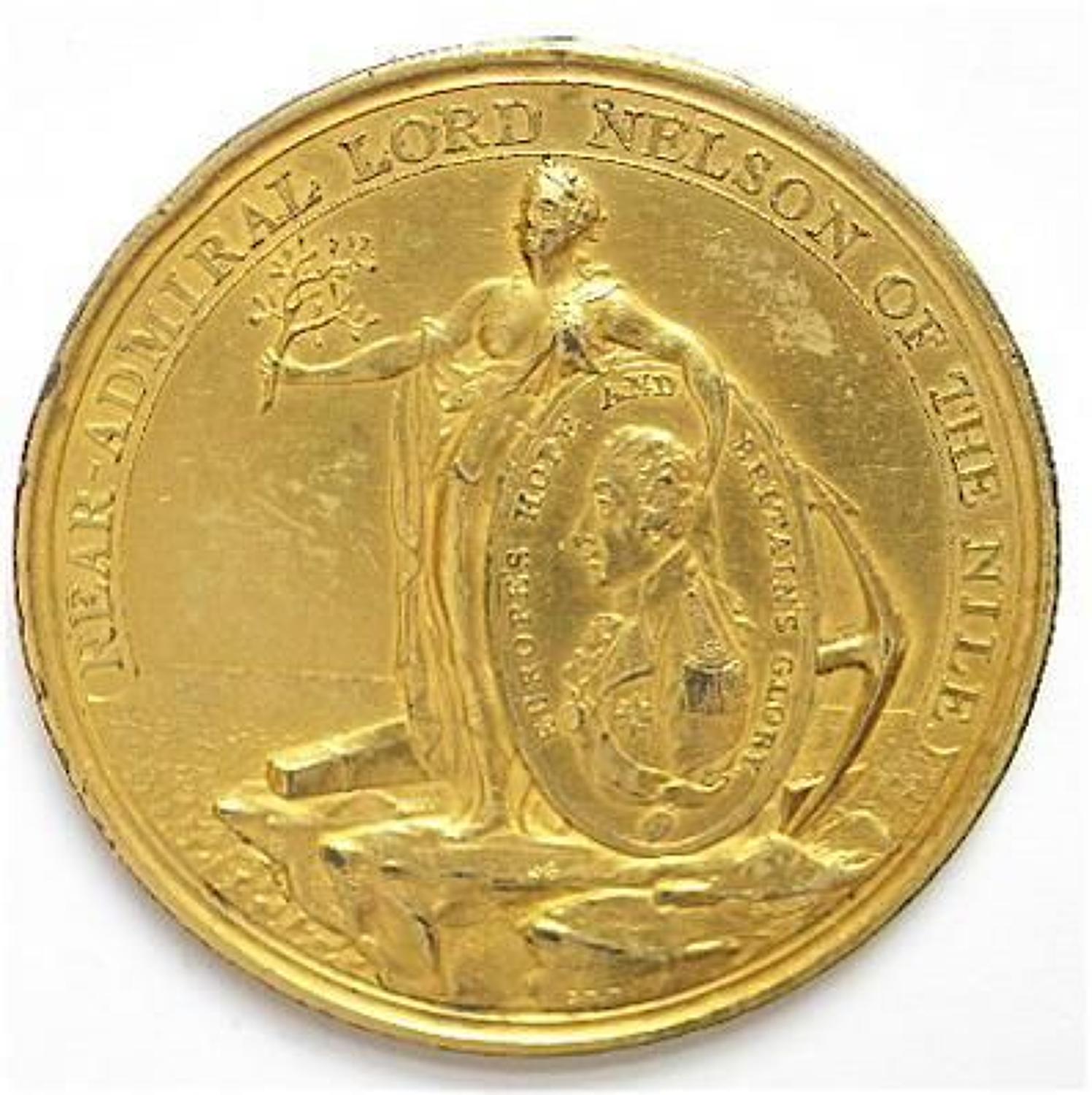 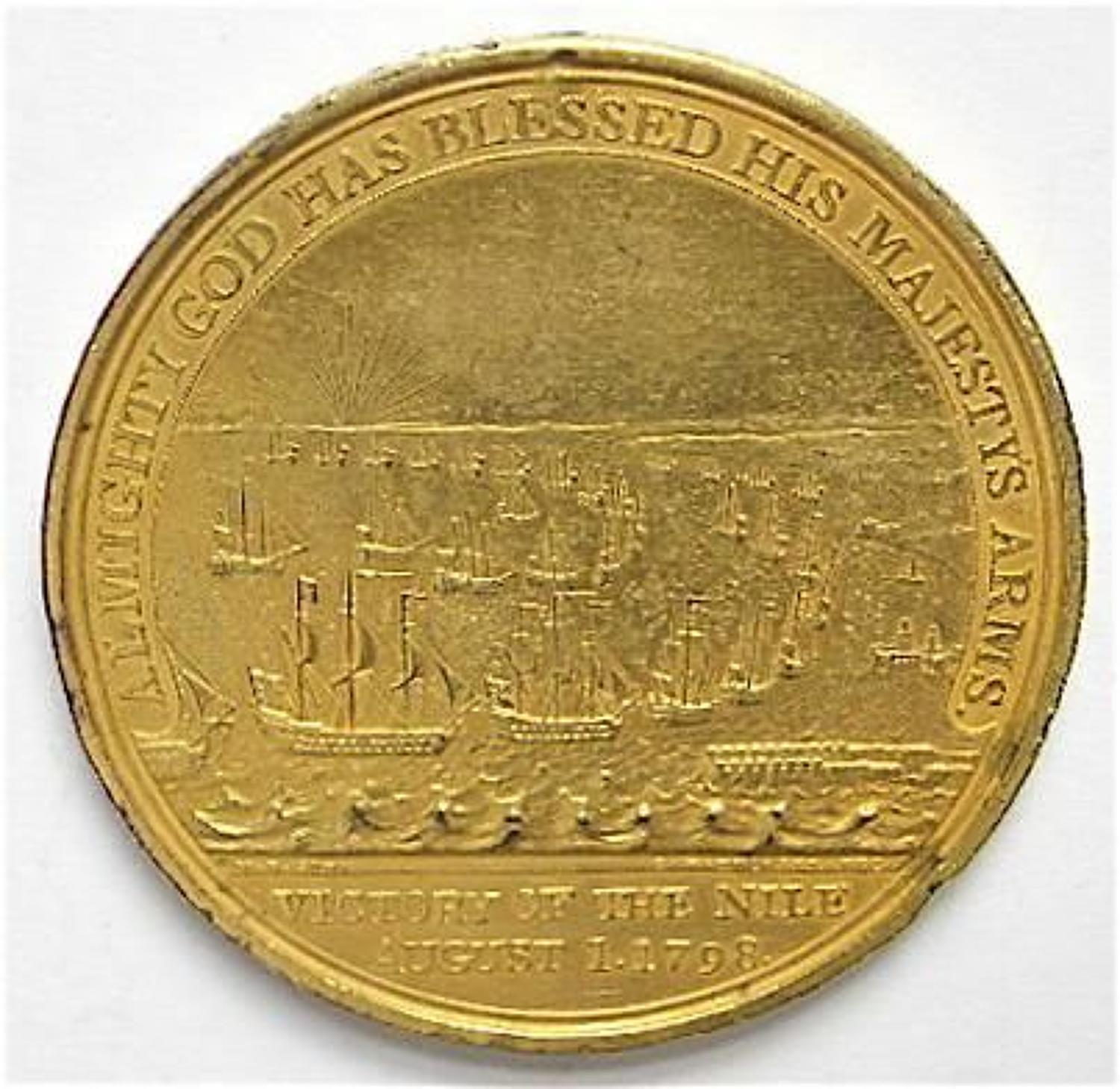